Shintoism is one of the oldest Japanese religions.

While its year of origin is unknown, it has been a vital part of Japanese history, both in prehistoric and recent times.

Shinto is the Japanese term for “the way of the gods” and focuses on the role of kami in all things, alive or dead.

Kami stands for gods or spirits and represents the basics of Shintoism.

Is Shintoism monotheistic or polytheistic, and what beliefs do its followers practice?

If you are interested in Shintoism, continue reading as we take you through every aspect of this ancient religion.

Shinto revolves around the presence of kami and the importance of spiritual gods.

This religious belief has no founder, nor does it follow any scriptures or fixed dogmas.

However, it has successfully maintained its beliefs through all these years.

Simply put, Shintoism is a combination of religious practices and different attitudes towards life.

It portrays a great balance between the values of the Japanese people and their actions.

Shintoists believe in the presence of spiritual gods in everything around them.

They think kami takes the form of the most important things in life, such as air, mountains, and trees.

Moreover, they believe that some elements of nature have more power than others.

Shintoism also highlights the conversion of humans into kamis after their deaths and their new identity as ancestral kamis.

Some brilliant people in history have been enshrined in Shinto shrines as a gesture of respect.

Unlike most other monotheistic religions, Shintoism is one of its kind.

Other than stressing harmony between nature and humanity, Shintoism is also a polytheistic religion.

This means all Shintoists believe in more than one god.

For instance, Amaterasu is the ultimate sun goddess with superior powers. However, all other Shinto gods also have their own importance.

Moreover, Shintoists believe that every living being dies to become an ancestral kami. The ancestral spirit then looks after their remaining alive family members.

Now that you know whether is Shintoism monotheistic or polytheistic, here is a brief history of how it all started.

The History of Shinto

Shinto has been a part of Japan’s history since the very beginning.

However, in the sixth century AD, it got the identity of the native religion of the Japanese.

This step was taken to differentiate it from the newly-developed religions back then, Confucianism and Buddhism.

Unfortunately, Buddhists took this as an opportunity to overshadow Shintoists and their beliefs.

They took over Shinto shrines quite rapidly and exhibited their own rituals, ornaments, and festivities.

Moreover, Buddhists started considering Shinto gods as the symbols of Buddha from the early years of his existence.

This act of power created lots of conflicts between Buddhists and Shintoists. As a result, it disturbed the peace in Japan.

To deal with this havoc, a famous Japanese teacher, Kobo Daishi, took the responsibility to restore peace among both religions.

He formatted a doctrine that focused on uniting Shintoism and Buddhism under a single title, Ryobu Shinto.

Based on the “Shinto of two kinds” theory, Ryobu Shinto gave Buddhism authority over Shintoism.

Moreover, it adopted some concepts from Confucianism.

With the spread of this new religion, Shintoism became pretty unpopular and limited to only small shrines.

Most emperors converted to Buddhism. And many famous Shinto priests became magicians and fortune-tellers.

However, Ryobu Shinto had a short life.

At the beginning of the 18th century, Shintoism was again revived as a national religion.

This phase is known as the Meiji Period in history.

The year 1868 marked the beginning of the Meiji Period. Japan’s emperor moved to Tokyo and received the power of the state.

It highlighted the divine power of the emperor and his descent from the sun goddess, Amaterasu Omikami.

Also, most Shinto priests took hold of the government, and the shrines received public funding.

Some successful scholars of that time, Mabuchi, Norinaga, and Motoori, decided to diminish Buddhism because of its foreign origin.

The plan failed, though.

Instead, Buddhists agreed to co-exist with Shintoists. They started complementing each other’s beliefs and values.

Besides, the doctrine also established a few related beliefs.

For instance, it marked the Japanese as the most powerful people on earth because of their relationship with the gods.

The Japanese emperor was declared powerful enough to rule the world.

Until World War II, these beliefs acted as a huge support for the Japanese military expansion.

After the defeat of Japan, the state and Shintoism were declared as separate entities. 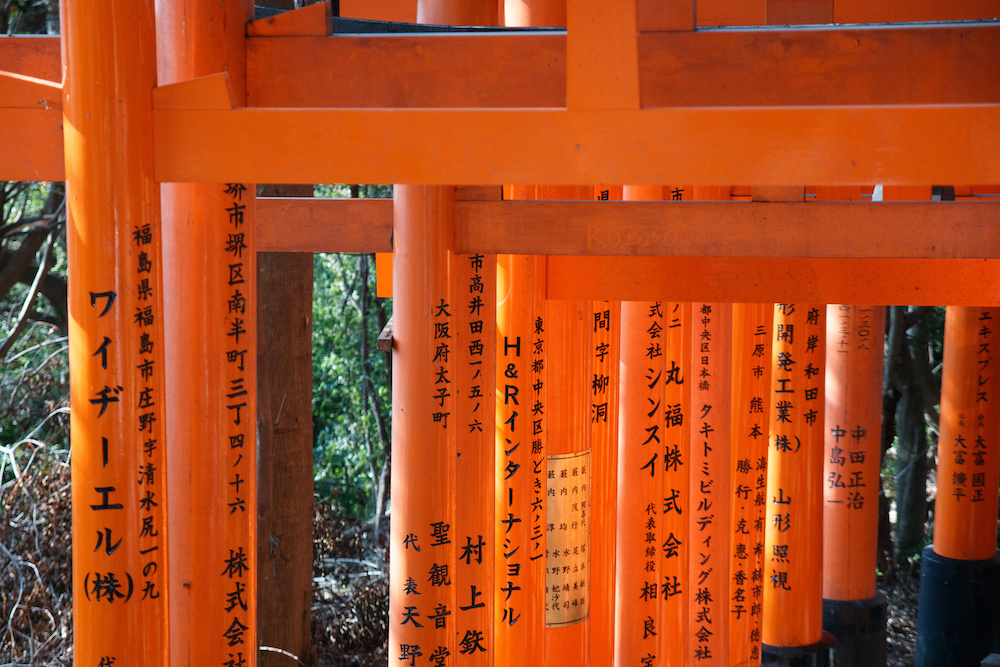 Shintoism and Its Sects

Before the occupation of Japan by America, Shinto had two divisions: State Shinto and the Sectarian Shinto.

State Shinto was the government cult and identified itself as the main belief of the Japanese population.

Moreover, anyone who wasn’t a part of this religion had to leave the empire automatically.

The government ordered all schools to stop teaching about it. Shinto symbols also faced a ban on a national level, and the emperor resigned from his powers.

During these changes, Sectarian Shinto remained untouched. And it is still pretty popular in Japan.

Sectarian Shinto receives a similar status as Christianity and Buddhism in Japan. It comprises numerous sectors, including 13 major and a few minor ones.

All the principal sectors fall under five different groups. These groups include followers who:

There are two other Shinto sects, and they are pretty popular, as well.

This sector includes the principles of State Shinto and has followers from highly reputed Japanese families.

Folk Shinto is very close to the Japanese folk beliefs.

It doesn’t come with a structure or a plan but focuses on low-income families’ rites.

None of the above sects shares a connection in any way, but all of them follow a specific set of core values.

Shintoism has five core values. Here are each of them in detail.

They think all humans are born pure, and they should maintain that purity throughout their lives.

To live like a kami, all humans should practice sensitivity and goodness within their society.

However, if they don’t and die with a grudge in their hearts, they become revenge-seeking kami after death.

The opposite of purity in Shintoism is kegare.

Kegare is a loss of energy that occurs after the death of a loved one. Shintoism considers this loss as impure.

Moreover, Shintoists believe suffering is a natural experience rather than a punishment for any wrong-doings.

Makoto refers to sincerity for everyone. It is one of the basic foundations of Shinto’s culture.

Shintoists believe a good and sincere heart makes all the acts worthy of praise.

The concept of this value revolves around spreading good deeds and honesty.

As mentioned, Shintoism is the practice of believing in unlimited gods, so nature is also a well-worshipped kami.

Shinto ethics focus on taking care of nature and the environment as a service.

All festivities in Shintoism have a great role to play.

Shinto festivals bind the kami and believers together to make the world a better place.

Focus on the Present

Shintoism focuses on the present rather than the future.

All Shintoists believe in celebrating what they have now and cherishing each and every moment.

Shintoism in the Modern World

Today, both women and men can become Shinto priests and can marry to have children.

Young women assist priests in carrying out all the rituals.

These women are referred to as miko and wear kimonos as their dress code.

Shintoism is a religion of rituals and festivities rather than beliefs. People celebrate this faith by visiting shrines or praying at their at-home altar.

You will also find that a majority of weddings follow Shinto values in Japan.

However, since death is a sign of impurity in Shinto, funerals take place according to the principles of Buddhism.

So, is Shintoism monotheistic or polytheistic?

Well, the answer is polytheistic, as the religion believes in more than one god.

Shintoism is more of a lifestyle than a religion, though. It focuses on the present, humanity, purity, and harmony with nature.

Most importantly, Shintoism is a unique concept of optimism and a significant part of the Japanese culture.

Its history highlights one of the most important chapters of Japan’s history and its impact today.

Here’s hoping we have answered all your questions and doubts on Shintoism. You can go through Shintoism holy books to learn more.