What Is a Spirit Box: Proving That Ghosts Are Real

A few people believe that ghosts and spirits are real and they live among us, finding a way to enter their own world.

With such as belief, you can now find universities where you can enroll and study paranormal activities, magic, and other abnormal anomalies around you.

If you’ve watched a few films about paranormal activities and ghosts, you may have seen the different pieces of equipment that they use.

One of which is a spirit box, which is one of the most important devices you need to get started with learning about the paranormal.

That leads to the questions, “What is a spirit box?”, “What is its purpose?”, and “Why do people believe in ghosts or spirits?”

What Is a Spirit Box?

A spirit box or more commonly known as the “ghost box” is a device used to communicate with ghosts or spirits.

It does so by continually scanning for radio frequencies which creates a din of white noise.

The Purpose of a Spirit Box

Spirit boxes are used for the following common reasons:

Easy Communication With Ghosts or Spirits

In the past, you can only communicate with ghosts or spirits through a medium. Most people use the Ouija board or spirit of the glass to talk to spirits.

Some people can also talk directly with a spirit or allow them to possess their bodies to talk with their loved ones.

With a spirit box, you don’t need to do any of these traditional methods. You can use it to talk to spirits and make a conversation with them.

Although a lengthy conversation is not always possible, you can ask them simple questions, they would respond to them.

You can listen to ethereal voices or just throw a question and wait for an answer from the void.

A spirit box can convert the noise so you can fully understand what the spirits are saying.

It goes without saying that a spirit box’s primary purpose is to allow you to speak with your departed loved ones.

People also use it for hunting for ghosts to prove their existence. It also helps them prove that the netherworld is real.

Why Do People Believe That Ghosts Are Real?

This is a never-ending debate. Paranologists have always claimed that there are spirits around us.

Still, even with the use of spirit or ghost boxes and other tools to communicate with ghosts, a lot of people are unsure if these entities are real.

Although a spirit box can capture a spirit’s voice and record it, most people would simply say that they have to see it to believe it.

That said, a few reasons people claim that ghosts are real are as follows:

The Influence of Religion

Religion is the focal point of ghosts and spirit stories. The majority of religions around the globe believe that heaven is real.

Catholics even believe that there is a purgatory where you can wash away your sins and go to heaven.

Buddhism also has a significant effect in many Asian countries like Japan, Korea, Vietnam, China, and Taiwan.

They usually celebrate a ghost month, which they believe is the time when the underworld’s gates open and the spirits of the dead roam the land of the living.

This is also why a lot of people have been hunting ghosts. They want to prove that spirits and ghosts are real.

It is also a validation of the authenticity of their religion. 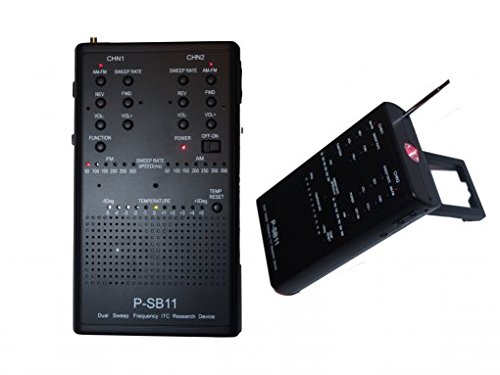 Not everyone dies a natural death. A lot of people die young due to sickness or crimes.

It is said that people who die without getting justice turn into bad spirits and start haunting the living.

They said that if a ghost achieves justice, the path to the heavens will open up for them.

As such, some people tend to find a way to communicate with the dead. There are many ways to do so, including:

There are people blessed with the ability to see and talk to spirits.

They are called mediums because they are the people capable of connecting the spirit world to the world of the living.

The ghosts can use these people to explain what they want and why they are still staying in the world of the living.

We often see our departed loved ones in our dreams, and they usually convey their thoughts to you while you are sleeping.

Most of the time, spirits would manifest and show themselves to people to ask for help.

Some of them may not talk while in their spirit form, but there are instances where they would speak directly with humans to convey their thoughts.

In fact, there are many resolved cases in the past because of spirits and ghosts. One example is the Anne Walker case.

In 1681, James Graeme, a miller from County Durham, England, saw a ghost of a woman drenched in blood with five wounds on her head.

The ghost talked to James and told him that her name was Anne Walker. She reiterated how she was murdered and where she was buried.

She also mentioned the people who murdered her. She made it clear to James that she won’t stop haunting him until she gets the justice she deserved.

The ghost constantly hunted James until he decided to go to the authorities to report the story.

They searched the pit and found the body of Anne Walker. Afterward, the perpetrators were arrested and hanged after being found guilty of murder.

The main reason many people believe that ghosts are real is ghost sightings around the globe.

They are not just made-up stories because people actually saw ghosts and spirits.

Many of you would ask why only a few people see ghosts. The answer is the opening of the third eye.

It is believed that everyone has a third eye, but only a few people managed to open it.

Usually, kids can see ghosts as well, but they don’t know what they are.

There have also been a few experiments conducted on ghost sightings.

One is that a group of Paranologists was invited to a house where ghosts’ sightings have been recorded.

They would enter the house one by one and then were asked to write what they saw inside.

Upon checking each of their answers, most of them wrote “A kid carrying a teddy bear is haunting the house.”

Even without the spirit box or other tools, many people think ghosts are real because they chose to believe in them. It is the same with religion.

Although there are not a lot of proofs that heaven and hell existed or if Buddha really had amazing powers, people still chose to believe them.

Ghost hunting has been very popular lately, and a lot of people who want to get started usually ask, “What is a spirit box?” and “How can I use it to find proof that ghosts really exist?“

Many paranologists have been finding proofs about ghosts and want to prove that these entities also stay in the world of the living.

With the use of spirit boxes, it is now possible to communicate and know what the spirits want to say.

If you are hoping to talk to any spirit or ghost, this device can help you communicate with them verbally or through EVP sessions.

Although the spirit box’s noise and sound still need to be filtered and edited, it is a good way to hunt for ghosts and spirits.